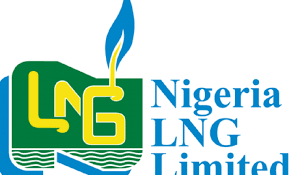 The Nigerian Liquefied Natural Gas (NLNG)  has announced SCD Group, a Joint Venture consortium comprising Saipem, Daewoo and Chiyoda, the preferred bidder for the NLNG Train 7 project. Mr Tony Attah, the Managing Director of NLNG, made the announcement at the signing of the Letter of Intent(LoI), for the Train 7 project in Abuja. He said that the SCD JV Consortium would be undertaking the Engineering, Procurement and Construction, EPC, project for the Train 7.

He added that the Letter of Intent was a percusor to the commencement of the project, while he disclosed that the ‘Final Investment Decision for the Train 7’ would be signed by October ending.

“The Train 7 project is expected to boost NLNG capacity from 22 million tonnes to 30 million tonnes, while it would boost Nigeria’s Liquefied Petroleum Gas, LPG, production, thereby, helping to reduce import of the commodity,” he said.

Attah noted that the project would be completed within four to five years adding that it would attract 10 billion dollar investment to the oil and gas sector in Nigeria. “The project will introduce more than 10,000 jobs in the country, “he said. He commended all stakeholders, partners and shareholders for their support in making Train 7 project a reality. In his remarks, Chief Timipre Slyva, Minister of State for Petroleum Resources said that the signing of the LOI was an indication that Train 7 was a reality. “I commend the managers of NLNG, board members, all stakeholders and the SCD group. I am excited that for this project because of its huge benefit to the industry and the country at large especially with the job opportunities that it will bring,”he said.

The minister represented by the Permanent Secretary, Mrs Folashade Yemi-Essan assured of support to ensure that FID would be signed by the end of October as proposed. Also, Executive Secretary of the Nigerian Content Development and Monitoring Board, (NCDMB), Mr Simbi Wabote, informed the SCD JV Consortium that the Board expects full implementation of the agreed Nigerian Content levels as contained in the approved Nigerian Content Plan for the Train-7 project. This, he said , covered engineering, fabrication, civil works, local procurement, project services, logistics, equipment leasing, insurance, hotels, office supplies, aviation, haulage, human capacity development, and jobs. Wabote identified opportunities in the project for local businesses and investments to include the delivery of 100 per cent engineering of all non-cryogenic areas in-country.

He explained that the total in-country engineering man hour is set at 55 per cent, exceeding the minimum level stipulated in the NOGICD Act. He disclosed that on fabrication, the Train 7 scope woils bring many of Nigeria’s fabrication yards roaring back into life with over 70,000 tonnes of in-country fabrication, covering condensate stabilisation units, tanks, pipe-racks, flare system, non-cryogenic vessels, and many other spools and fittings. The benefits, he explained, extends to site civil works on roads, piling, and jetties; 100 per cent local procurement of all LV and HV cables, non-cryogenic valves, protective paints and coatings, sacrificial anodes. “Those in the service industry are not left out with the target to assemble over 70 per cent of all non-cryogenic pumps and control valves in-country. Other spin-off opportunities include logistics, equipment leasing, insurance, hotels, office supplies, aviation, haulage, and many more. The target job numbers are very exciting. At its peak, the project will provide over 40,000 direct jobs and over 100,000 indirect and induced employment of over 100,000 workers. Beyond the project, there is also huge scope for local businesses to build capabilities in the maintenance of LNG plants especially in the area of cryogenics.” he said.