Bill to castrate CBN: In whose interest? 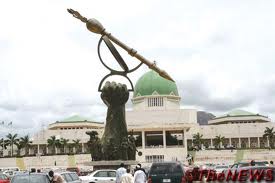 The bill before the National Assembly to amend the CBN Act is particularly interesting. It seems the law makers are bent on castrating the apex bank for what they perceived as an over bearing leadership of the bank. Why have the law makers suddenly realised that the CBN Act needs amendment? Last year, the members of the National Assembly and the CBN Governor were engaged in debate of the burden of overhead cost the members imposed on the nation. The members seem to now want to take a revenge on the bank. What the honourable members should realize is that Central Banking in developing countries is saddled with responsibility that makes them very key to the functioning of an economy.

The Central Bank of Nigeria (CBN), like most others, has the core mandate of maintaining price stability and ensuring a non-inflationary growth. The Central Bank is also a regulator, banking supervisor, and development bank. It has the responsibility to ensure a sound and stable financial system in addition to other developmental functions. These mandates and functions are peculiar to central banks in developing economies, and no other institution performs such functions. These special responsibilities are enormous and have continued to pose increasing challenges to central banks, largely because developments in the domestic and international economies create intricacies and complexities in the financial systems and the art of central banking. Indeed, the current trend of globalization exemplified by economic and monetary unions has increased the challenges of central banking.

that is, shielded from political interferences; have administrative independence and instrument autonomy. The new bill before the National Assembly is seeking to have a chairman of the board of the CBN outside the institution. If the National Assembly before passing the bill ensures that those to be appointed to such an office are individuals with impeccable character and are those with vast knowledge of the economy, all well and good. If the law is to curtail what the house sees as the excesses of the current governor, it will be dangerous for the economy to have political appointee as head of the apex bank. Such political appointee will not have the know-how needed to manage an economy. Like most other institutions of government in Nigeria, their budgets are passed but how far have they utilized such resources in the over all interest of fellow Nigerians?

Making the Governor of the central bank subservient to a politically appointed Board Chairman as well as excluding deputy governors who are executive directors as board members may not be in the best interest of Nigeria as these are against international best practices. The global best practice for an efficient and effective central banking is a truly independent central bank with both operational and financial independence. Financial independence involves four aspects, namely; the right to determine its own budget; the application of central bank-specific accounting rules, clear provisions on the distribution of profits and clearly defined financial liability for supervisory authorities.
Are members of the National Assembly aware of the possible economic consequences of the CBN budget being tied down for months when the bank needed to intervene in the economy? Given Nigerian recent experience with the approval process of the Federal Government budget and the eventual passage of the Appropriation Bill by the National Assembly, it would be disastrous for the CBN in terms of its operations and overall performance, if its annual budget gets bogged down with the usual delays that had attended the Federal Government budget. The unique responsibilities that have been bestowed on the Bank require it to act expeditiously should the need arise, without recourse to the political authorities. Politicians all over the world appear to have come to appreciate these issues and decided to remove the temptation to pursue short term-term gains and make their central banks independent.

Have these honourable members looked at the evolution of the operations of the Central Bank over the years? The Central Bank of Nigeria has had a chequered history of autonomy since its inception in 1958, varying between autonomy and control. In the 1958 Act, the CBN was granted a measure of autonomy, which was gradually eroded until 1991 when the autonomy was restored. The erosion of the Bank’s autonomy between the years coincided with military interventions in politics in Nigeria. Again, the autonomy was gradually eroded until 1999 when administrative and instrument autonomy was granted to the Bank to shield it from political pressures in the implementation of policy. From the inception of the Bank, the administrative structure has been that the Governor of the CBN presided over the Board of Directors and Executive Directors or Deputy Governors had always been on the Board. This arrangement had ensured easier, smoother and faster implementation of monetary and financial policies.

The Central Bank of Nigeria requires full independence in the true sense of it to enable it act appropriately according to its expert and independent viewpoint. The global trends have been towards full independence for central banks. Indeed, budgetary and instrument autonomy are the reasons why most central banks are now proactive rather than reactive in the discharge of their responsibilities – central banks are able to anticipate and identify problems and unintended outcomes and respond immediately with appropriate policy actions. This is the trend all over the world – in both developed and developing countries. The National Assembly should not because of the present holder of the office of the Governor of the apex bank harmstrong the institution. It will not help the nation. The bill must be subjected to public hearing, expert scrutiny and should be in the best and long term interest of Nigeria. If the CBN has over stepped its bounds, it is because the President is not interested in what the bank does. When the immediate past Governor of the CBN, Professor Chukwuma Soludo, came with the strategic agenda for the naira and the planned redenomination of the currency, the then President whose table the buck stops simply told him no, the policy was suspended till date. The President has not complained, so let the CBN be.

Local context through real-time data is vital for...

Eight Nigerian charged with conspiring to engage in...