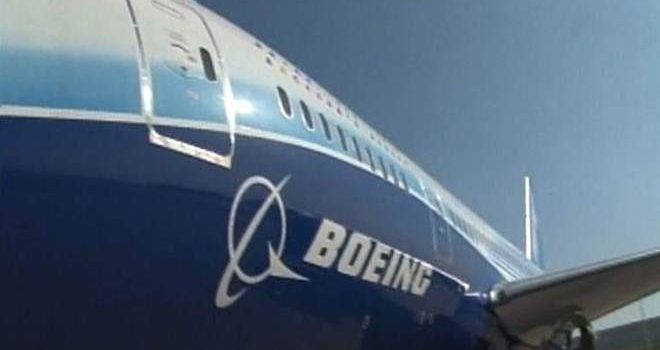 The United States lifted a 20-month-old flight ban on Boeing Co’s 737 MAX, easing a safety crisis that left its top exporter with a tarnished reputation and hundreds of idle jets. But relatives of crash victims denounced the move. U.S. Federal Aviation Administration chief Steve Dickson signed an order lifting the longest jet grounding in commercial aviation history, and the agency released final details of the software, system and training upgrades Boeing and airlines must complete before carrying passengers. When flights resume, Boeing will be running a 24-hour war room to monitor all MAX flights for potential problems, from stuck landing gear to health emergencies, three people familiar with the matter said. The 737 MAX crashes in Indonesia and Ethiopia killed 346 people within five months in 2018 and 2019 and triggered a hailstorm of investigations, frayed U.S. leadership in global aviation and cost Boeing some $20 billion. “This airplane is the most scrutinised airplane in aviation history,” Dickson told Reuters in an interview on Tuesday. The design changes that are being put in place completely eliminate the possibility of an accident occurring that is similar to the two accidents.”

“I feel 100% confident,” he added. “We have run this thing top to bottom … We’ve done everything humanly possible to make sure.”

While U.S. airlines can start flying commercially once they complete the FAA’s requirements, including a one-time simulator training session for all MAX pilots, flights elsewhere will depend on approval from other regulators across the globe. In a show of independence, Canada and Brazil said they were continuing their own reviews but expected to conclude the process soon, illustrating how the 737 MAX crashes upended a once U.S.-dominated airline safety system in which nations large and small for decades moved in lock-step with the FAA. Questions remain over how quickly other regulators, especially in China, will lift their flight bans.

The U.S. plane maker’s best-selling jet will make its comeback facing headwinds from a resurgent coronavirus pandemic, new European trade tariffs and mistrust of one of the most scrutinised brands in aviation.

The 737 MAX is a re-engined upgrade of a jet introduced in the 1960s. Single-aisle jets like the MAX and rival Airbus A320neo are workhorses that dominate global fleets and provide a major source of industry profit.

Families of the Ethiopian crash victims said in a statement they felt “sheer disappointment and renewed grief” following the FAA’s decision to return the aircraft to service. “Our family was broken,” Naoise Ryan, whose 39-year-old husband died aboard Ethiopian Airlines flight 302, said on Tuesday. While regulators were quick to ground the plane globally after the second MAX crash in March 2019, the process of putting it back in the air is long and complex. The FAA is requiring new pilot training and software upgrades to deal with a stall-prevention system called MCAS, which in both crashes repeatedly shoved down the jet’s nose as pilots struggled to regain control. U.S. airlines with 737 MAX jets said on Wednesday they would complete the FAA’s maintenance and training requirement as they gradually return the plane to schedules that have been drastically reduced in the pandemic. American Airlines plans to relaunch the first commercial MAX flight since the grounding on Dec. 29, followed by United Airlines in the first quarter of 2021 and Southwest Airlines in the second quarter.

Meanwhile, Alaska Airlines expects to receive its first 737 MAX early next year and begin passenger service in March. However, in a sign of the worsening economy since the MAX was grounded, Boeing customer Norwegian Air sought bankruptcy protection on Wednesday amid the coronavirus pandemic. The FAA, which has faced accusations of being too close to Boeing in the past, said it plans in-person inspections of some 450 737 MAXs built and parked during the flight ban which could take at least a year to complete, prolonging the jets’ deliveries. A humbled Boeing is scrambling to keep up maintenance and find new buyers for many of its mothballed 737 MAXs. Boeing, which in normal years describes itself as the largest U.S. exporter, has removed more than 1,000 MAX jets from its official backlog because orders were canceled or were in doubt.

For a graphic on 737 MAX orders and deliveries to airline customers, click here: here “Every next plane we deliver is an opportunity to rebuild our brand and regain trust,” Boeing’s chief executive, Dave Calhoun, told employees in a memo.

Even with all the hurdles, resuming deliveries of the 737 MAX will generate cash for Boeing and hundreds of strained parts suppliers.

Boeing Chief Financial Officer Greg Smith said last month he expects about half of the 450 stored jets to be delivered by the end of next year, with the majority of remaining jets handed over in 2022. Investigation reports have faulted Boeing and the FAA on the plane’s development and for concealing information about MCAS from pilots, while a Justice Department criminal probe is ongoing. Dickson said the FAA is still reviewing Boeing’s actions in the MAX and could take additional enforcement actions. Boeing also faces lawsuits from victims’ families.