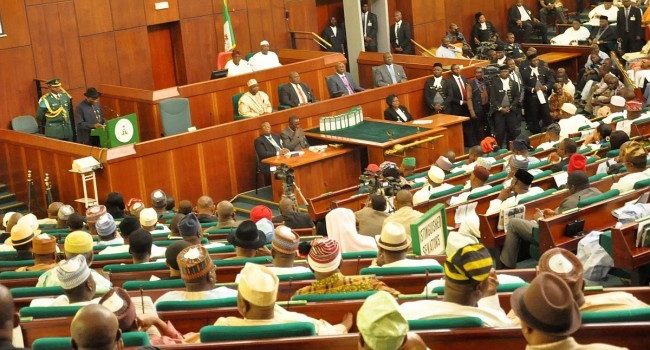 Senate has at plenary, passed the 2020 budget of N10.594 trillion as against N10.33 trillion presented by President Muhammadu Buhari on Oct. 8. The passage followed the consideration and adoption of the report of Senate Committee on Appropriation. President Buhari had on Oct. 8, presented the 2020 budget of N10.33 trillion to the joint session of the National Assembly for approval. The budget was accompanied by the Finance Bill which the President also presented to the National Assembly for consideration and passage.

He said the committee worked harmoniously with the Executive in processing the bill especially in additional revenue projection to fund critical projects. He said the increase in the budget was to allow for interventions in areas like national security, road infrastructure, mines and steel development, health, social needs among others.

Following clause-by clause consideration of the report, at the Committee of the Whole, the Senate having resolved back to plenary passed the 2020 Appropriation Bill. The breakdown of the budget is, Aggregate Expenditure, N10.594 trillion, Statutory transfers, N560 billion, Debt service,  N2.725 trillion, Recurrent Expenditure, N4.842 trillion, Capital Expenditure, N2.465 trillion, Fiscal Deficit, N2.28 trillion and Deficit/GDP 1.52 per cent. The lawmakers adopted a daily crude production rate of 2.18 million barrels, as proposed by the executive.

It, however, adopted 57 dollars oil benchmark as against the executive proposal of 55 dollars.

President of the Senate, Ahmad Lawan, thanked his colleagues for their efforts on the budget, saying the success recorded was in conjunction with the House of Representatives. He said the National Assembly has provided the executive what it needed to implement the budget.