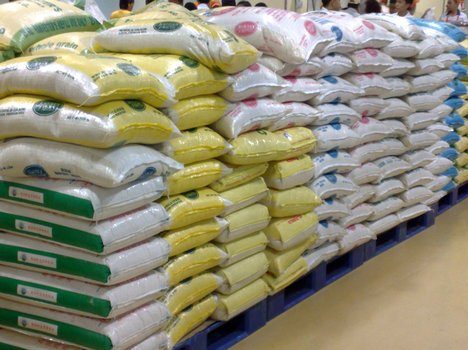 Rice Farmers Association of Nigeria (RIFAN), has appealed to Central Bank of Nigeria (CBN), to reschedule its loan repayment plan for rice farmers in Adamawa following recent flooding, which ravaged rice farms in the state. The state’s RIFAN Chairman, Mr Stephen Maduwa made the appeal in an interview with News Agency of Nigeria (NAN), on Thursday in Yola.

Maduwa said the appeal became necessary because many of the rice farmers were beneficiaries of the CBN Anchor Borrowers’ scheme and were expected to repay their loan soon.

He said the farmers were looking forward to bumper harvest before the flooding which wreak havoc on the farms. “It is a great loss to farmers and the loan repayment is going to be a serious issue; that is why we are calling on CBN for a consideration,” Maduwa said. Also speaking, a rice and maize farmer, Mr Phineas Elisha, said the flood took farmers by surprise and the destruction was devastating.

Elisha said they used to experience flood in August and September over the years, adding that the coming of the flood in October when farmers were set for harvest, was shocking. “Most of us that had our produce ready for evacuation, particularly along the banks of River Benue, lost all. Rice, maize and whatever we had are all gone with the flood,” Elisha said. He urged Federal Government to liaise with farmers groups like RIFAN and North East Commodity Association (NECAS) towards cushioning the effects of the flood on farmers. (NAN)