You are at Home Economy Power privatisation: BPE sticks to payment deadline 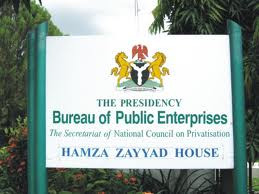 The Bureau of Public Enterprises, BPE, has said it will not alter the deadline given to preferred bidders for the 15 Power Holding Company of Nigeria, PHCN, successor companies to pay the balance 75 per cent of the bid prices.
The bidders had last week requested for the extension of deadline by one month to September 21 enable complete payment. A presidency source told Vanguard, in Abuja, that the privatisation agency was not disposed to granting the request. The BPE also issued a statement in Abuja indicating that it had no plan to change the requirements of the Request for Proposal, RFP.
The National Council on Privatisation and its implementation arm, the Bureau of Public Enterprises, BPE, would like to reassure Nigerians that the power sector reform process is on course. It will be recalled that all the preferred bidders for the 15 Power Holding Company of Nigeria (PHCN) successor companies  have earlier met the deadline for the payment of the mandatory 25 per cent of the offer value of their bids as at the deadline date of March 21, 2013.  The Bureau had received $559,445,573.96 from 14 bidders for 15 successor companies.
The deadline for payment of the remaining 75% remains Wednesday, 21 August 2013 as stipulated in the Request for Proposal (RFP. In compliance with the tenets of transparency and accountability, the Bureau will continue to strictly abide by the terms and conditions in the RFP”, the agency said, in the statement issued by uits Head of Public Communications, Mr Chigbo Anichebe. BPE also disclosed that more than half of the staff have been pid their severance allowances amounting to over N119 billion since the beginning of this month.
“And in line with the agreement reached with Power Holding Company of Nigeria ,PHCN, labour unions dated December 12, 2012, Federal Government commenced payment of benefits due to the staff on August 2013. As at Friday, August 16, a total of 20,304 of the 40,000 staff of PHCN have so far been cleared and paid their severance benefits totaling N119, 176, 731,492.88k”, it said.