Population and economic growth are not complementary in developing nations

FOR any country whether developer or developing, population data art necessary for purpose! of economic planning and analysis.
In the developing countries these population data are scarce to come by. In Nigeria for instance, no one is sure of the number of people living in this vast land. Claims on number of Nigerians in ail parts of the earth are educated guesses.
Demographic structure of a nation’s population is vital for planning as it enables planners have a deep insight into the birth and death rates, age and sex ratios that make up the population.
In the late 1980s, it is rather disturbing that Nigeria still uses officially, the projection from 1963 census figures. Up to now Nigeria has not been able to have a successful head count.
This inability of Nigeria and many other developing countries to have a successful population figure has given rise to the wrong notion that tropical countries are. densely populated. Though by some measure, many towns, islands and plantation, areas in India, West, Indies, Mauritius and Sri Lanka could be tagged “densely populated”. There are wide differences in pattern of population density. Thus the peripheral and coastal distribution of population in tropical South America, contrasts with the relatively more even distribution in tropical Africa.

Within each of these countries, too, the spatial distribution of population is always an important factor in development.
No development plan for instance for countries like Nigeria, Venezuela or Malaysia can afford to ignore the great range of population densities found within their countries.
Equally important is racial and tribal composition of a nation‚Äôs population. racial composition a population is very relevant to any analysis topical development, foreigners have in the played a particularly important role in tropical lands.
Apart from specialised services contributed by Europeans during colonial period, the time of immigrant Chi-in South East Asia, Indians in Mauritius, Indies and East -Asia, of Lebanese in Mexico and Brazil – have much to further the development in these areas. Population growth: Demographic transition is the empirical phenomenon which dominates the study of fertility and demographic growth. In all developed countries, a decline in mortality has been followed by a drop in birth rates. Although the process has not been uniform and no clear relationship has been established between the movements in vital rates and various social and economic indices, the universality of this pattern m developing countries is most impressive.
By estimation and observations death rates in developing countries are dropping very much faster than they did in the countries that are now industrialised in their early years of growth. In these countries a decline in birth rates has already set in, (Nigeria, India and Mauritius) etc. Thus observation so far in Nigeria, Ghana, India, Brazil etc. especially with the economic hard times make it reasonable to expect that the demographic transition will occur in at least part of the less developed world
and also that it will be foreshortened.
The question arising from the decline of mortality, have largely been whether the advance of medicine, public health measures or generally improved living condition were chiefly responsible.
There has been no clear-cut answer to such questions. The fall in death rate is often both in historical and contemporary contexts, treated as an exogenous consequence of modernisation. Much as the level and fluctuations of mortality in pre-historical societies were determined by harvest and epidemics beyond any ones control. It may well be said that there is nothing external about public health measures which reflect a political will do devote resources to the control of mortality and which in modern circumstances seem capable of remarkable success.
But public health and its impact on mortality rest on public decisions. Fertility decisions on the other have so far remained a family affair.
In traditional societies in Africa, Asia and South America the naive views of fertility is fluctuated around biologically or culturally determined level and it declined only as barriers of tradition and ignorance are broken down. As proven by innumerable statistical Studies, income, occupation, urbanisation, education, the status of women and religion influence fertility.
Today much attention is being given to possible links between economic conditions and fertility. In most f these countries where austerity has been introduced as economic measure, most parents are limiting their number of children.
In particular the so called European marriage pattern which kept large part of the population unmarried big after puberty or en for ever and seem have linked family formation with the cession to prosperity position.
It is assumed by some that the demand for children is influenced by such things as : preference for a certain number surviving children, by the cost of bringing up children and of course by income variables. In Africa there is an expected return from child labour and old age support which made it reasonable in the past to consider children as investment or “producer goods.” There is also the intrinsic satisfaction from family formation and children as “consumer good” a provocative term you might say,
Among the principal elements in the net cost of children are the opportunity cost of the mother’s time, the mounting pressure for education and a consequent reduction of child labour.
A cross sectional investigation of differential fertility have confirmed that low infant mortality, high female employment outside the home and greater school attendance are all associated with lower fertility,
If the objective of child-bearing is to have a minimum number of surviving children for old age support or other reasons, parents do seek more children than necessary on the average.
To the extent that parents do not assume the full costs of children. Like where the government provides free health-care, education and extensive material and child allowances the number of children that parents wish to have may be enhanced over he above what they would be willing to pay for.
Historical records certainly suggested that fertility can be drastically reduced without access to modern contraceptive. The western fertility decline began before such contraceptives could have any demographics impact.
The fertility decline in places like Taiwan, Korea and newly industrialised nations (NIN) set in before the launching of family planning programme.
The cost of information about family planning and of contraceptive devices has entered into the economic of fertility in Nigeria and many other third world countries.
The efforts put up by the planned parenthood federation in these countries by making information on family planning and centres available will accelerate fertility decline when the motivation is present.
It is only fair to emphasize that the role of population in economic development cannot be expected to be very clear as long as the process of growth and development in general is so imperfectly explained and understood. In particular it makes a great deal of difference whether economic growth is thought to be largely account*.-I for by the growth of conventional inputs as capital formation may be substituted for child rearing or whether knowledge, technology, organisational improvement or other inputs which are not used up when they are employed are accorded a greater role. 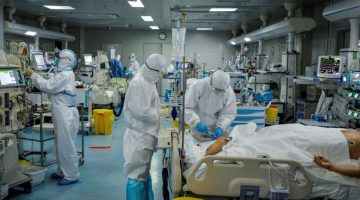 Amidst panic, does the pandemic present opportunity to reset Africa? 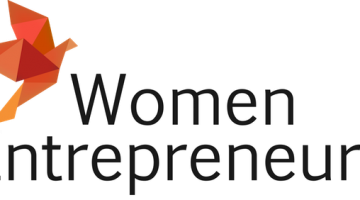