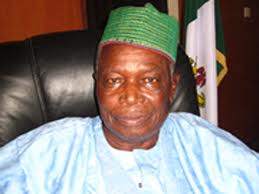 The Fiscal Responsibility Commission (FRC), the agency charged with monitoring the use of public funds in government establishments, says it has no financial records on sold government houses. In a report made available to newsmen in Abuja the commission said that efforts to obtain record of transactions on the sale of houses from the Presidential Implementation Committee had been unsuccessful.

It said, “So far in spite of concerted efforts by the commission, there has not been any record of transactions for the sale of Federal Government houses. “The Presidential Implementation Committee is not forthcoming, while communication is ongoing with the Bureau of Public Enterprises over the privatisation proceeds of a number of government companies.” In 2002, the Federal Government in its efforts to reduce the cost of governance introduced a monetisation policy for public servants.

Under the monetisation policy, public servants, particularly in Lagos and Abuja, were encouraged to own houses by bidding for property hitherto owned and managed by the Federal Government. Mr Kola Adeyemi, Secretary of the committee said that enquiries on proceeds from the sale of the houses should be directed to the Minister of Housing and Urban Development, Ms Amah Pepple, who is also chairman of the committee.

Adeyemi who heads the secretariat of the committee, located in a rented building in Edo House, Central Area Abuja, said, “any public servant can only talk after clearance from his principle”. Spokesman of BPE Chukwuma Nwoko confirmed that the FRC had requested information on the proceeds from sold government companies.
He said the agency was willing to oblige them with the report. Nwoko said gross proceeds from the direct sale of public enterprises between 1999 and August 2011 amounted to N249.4 billion, out of which N146.18 billion was remitted to the Federation Account. He said from the proceeds, the privatisation agency spent N103.84 billion to settle staff salaries and terminal benefits of workers of the privatised firms while other “transaction expenses’’ gulped N23.9 billion. The spokesman put the net proceed, during the period under review at N121.6 billion.

Value added production is what Nigeria needs not import substitution