You are at Home Business NIPC, 26 state IPAs develop data base for investors across Nigeria 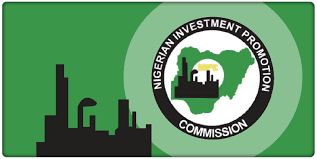 NIPC, 26 state IPAs develop data base for investors across Nigeria

The Nigerian Investment Promotion Commission (NIPC) and about 26 State Investment Promotion Agencies (SIPAs) have developed an information bank for investors across Nigeria. NIPC said the database contains essential survey information including contact details of persons of interest to investors in the States.  NIPC’s Executive Secretary, Yewande Sadiku disclosed this in Abuja today at a meeting with stakeholders explaining that the objective of the project is to create a scientific basis that can used to enhance their working relationship with investors. He added that the database will provide the necessary support to sub national investment promotion.  The survey which was conducted online sought to understand the status of the IPAs, specific mandates and areas of focus.

According to the survey 26 States representing 72 percent have a functional IPA with mandate to promote investments, 6 States representing 17 percent have the function situated within a Ministry, and 4 states representing 11 percent have it in government bodies other than an IPA or Ministry.  “In reality according to our records, existing structured SIPAs are not up to 26 but we continue to encourage the State governments to set up these agencies backed by legal instruments,” NIPC Executive Secretary, Yewande Sadiku said. All the IPAs reported that they perform the core functions expected of an IPA which include promotion, facilitation and advocacy as well as negotiation with investors on behalf of their States.

In terms of their priority areas, the survey revealed that the top most sectors of focus include Agriculture (including forestry and fishing), manufacturing, education, solid minerals development and construction or real estates.  The inference from the database with regards to the job of investment promotion is that the SIPAs can take advantage of what NIPC have at the national level to improve their efficiency and effectiveness using: the NIPC OSIC lab – in the area of facilitation.

Others are the reform activities undertaken on Nigeria’s international Investment Agreement regime – for those involved in negotiation and the work of PEBEC/EBES on sub national ease of doing business – for their investment climate reform and the activities of relevant federal agencies such as NEPC and NEPZA for those involved in the promotion of exports and Special Economic zones (Industrial Parks).  NIPC said it would be happy to broker a deep relationship with these agencies.