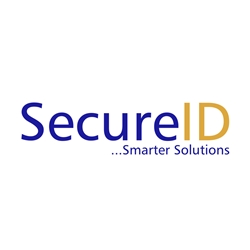 Sub-Saharan Africa lags other regions such as Asia in moving away from cash to plastic money. One Nigerian company is aiming to close that gap by tapping into a growing appetite for smartcards across the continent. SecureID makes bank cards, mobile phone SIMs and voting cards for businesses in 21 African countries, to address an acute need for secure electronic cards carrying sensitive data, particularly in the banking sector. In sub-Saharan Africa, only 43% of people aged above 15 have a bank account, according to the World Bank’s Global Findex Database. That figure has grown from 34% since 2014, highlighting the potential for growth.

Nigeria’s central bank has implemented policies aimed at encouraging a move away from cash, as have Ghana, Kenya and Rwanda, in large part motivated by efforts to tackle fraud, theft and money laundering. Kofo Akinkugbe, who 14 years ago founded SecureID which produces 200 million cards each year, said more African companies should use manufacturing to harness business opportunities arising from technological advances. “That is what I think the entire continent should focus on,” she said, noting the continent is effectively a technology consumer, rather than producer.

“The potentials are enormous for it,” said Akinkugbe, who previously worked in banking, at the company’s site in a nondescript building in Nigeria’s commercial capital Lagos. She, however, would not be drawn into giving an estimate of the potential size of Africa’s smartcard market.

The company declined to disclose details of its sales figures or provide a forecast for demand.

SecureID started by importing bank cards before certification from Visa, Mastercard and Verve to make cards around two years after the company was set up. She said it previously took months for imported cards to arrive from Asia and Europe and now takes 12-24 hours to deliver specific orders.

Akinkugbe said she believed there was a gap in other African markets for the manufacturing of smartcards. “We feel that the same gap that we saw 12 years ago in Nigeria is the same gap that seems to exist in other African countries,” she said. “The people can be trained and have the potential to do much more.” But manufacturing accounts for just under 8% of Nigeria’s GDP, according to the World Bank, dwarfed by services at 52% and agriculture at 21%. High-tech exports from Nigeria, which relies on oil for 90% of foreign exchange, account for less than 2% of the total.

And, as in many African countries, poor infrastructure makes it difficult for manufacturers to operate in Nigeria. Congested ports, pot-holed roads and slow border processing have hamstrung many industries and leave Nigeria heavily dependent on imports, from textiles to tomatoes.