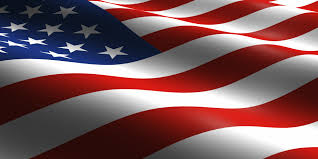 U.S. Consul General Claire Pierangelo on Tuesday reiterated the importance of Nigeria’s entrepreneurs to the continued growth of economies in the West African sub-region and the prosperity of the continent. Speaking at a one-day capacity-building seminar for the first cohort of U.S. sponsored Tony Elumelu Foundation alumni, Ms. Pierangelo noted that population trends in Africa’s largest economy will not only mean that Nigeria could become the world’s third most populous country by 2050, but events in the country could have wide-ranging global repercussions going forward.

“If Nigeria is successful, its extremely young population will represent a tremendous source of productive labor and an extremely attractive market for a variety of products and services. Its success will be Africa’s success and the world will also benefit from the creativity and resourcefulness of its people,” Pierangelo observed. That is why the government of the United States cares so deeply about supporting entrepreneurship in Nigeria. Right now, according to sources, small to medium sized enterprises run by entrepreneurs create about eighty –five percent of all jobs in this country.  We are therefore committed to working with you and our local partners, including the Tony Elumelu Foundation, to help you maximise opportunities to use your drive and skills to create a better Nigeria for all of us,” she added.

The Chief Executive Officer of the Tony Elumelu Foundation, Ms. Ifeanyinwa Ugochukwu, who expressed the organisation’s appreciation for the partnership with the U.S. Consulate General, highlighted the importance of strategic alliances for the country’s sustained economic development.

“It is clear that development aid does not solve economic problems, handouts never work in the long-term and in no developed country does government shoulder economic burdens alone. On the other hand, partnerships such as this support the job-creating, solution-driven mentality which Nigeria needs to lift itself up,” she pointed out.

The seminar also included a presentation on “Globalisation and Nigeria” by John Doggett, a Senior Lecturer at the McCombs School of Business, University of Texas at Austin. It concluded with a panel discussion on the “Key to Success” featuring Olori Anita Ololade Odozi, fashion entrepreneur; Adebola Williams, Co-Founder of Red Media Africa; AfricanFarmer Mogaji, CEO of AfricanFarmer; and Omowale Ogunrinde, CEO of Field of Skills and Dreams. The United States Government in October 2019 announced its partnership with the Tony Elumelu Foundation to promote entrepreneurship initiatives in Nigeria, through a public diplomacy grant of $105, 000 or approximately N37.8 million.