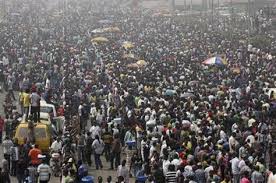 Neglect of solid minerals cause of Nigeria poverty

By Omoh Gabriel,
Economists, geologists and surveyors have long agreed that under the Nigerian soil are wealth and riches untold. But majority of Nigerians are wallowing in poverty. The Nigerian Extractive Industries and Transparency Initiative, NEITI report suggests that there are about 40 different kinds of solid minerals and precious metals buried in Nigerian soil waiting to be exploited. The commercial value of Nigeria’s solid minerals has been estimated to run into hundreds of trillions of dollars, with 70 per cent of these buried in the bowels of Northern Nigeria.
President of Miners’ Empowerment Association of Nigeria, Mr. Sunny Ekosin, reveals that Nigeria loses a whopping N8trillion annually in unexploited gold alone. He also says that Ajaokuta remains the key to Nigeria’s industrialisation and that getting it back to work is a matter of patriotism for President Buhari and his team.