You are at Home Business NAHCO denies Baba Yusuf allegations says they are malicious, contempt of court 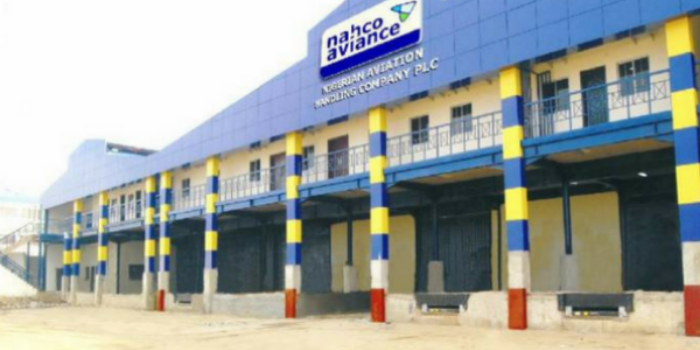 Nigerian Aviation Handling Company ,NAHCO, weekend said the allegations by the former Managing Director of one of its subsidiaries , Mr Baba Yusuf that the company was using it’s warehouses for unwholesome business activities are malicious. This is just as it also said the action of Yusuf is a contempt of court as the issues raised against NAHCO by him are already being adjudicated upon.

Yusuf had made allegations against NAHCO that were aired on two Nigerian television stations.  They were aired on Wednesday October 14, 2020 and Friday October 16, 2020 respectively. Addressing the media at its Headquarters in Lagos, the Group Managing Director, NAHCO, Mrs. Adetokunbo Fagbemi, described Yusuf’s allegations as a deliberate attempt to drag the company’s image to the mud.

According to her, Yusuf had issued a threat earlier through his lawyer, to damage the company’s reputation following his failed attempt to force the Nahco Free Zone (NFZ), a subsidiary of NAHCO where he worked briefly as the Managing Director, to pay him an undeserved severance package of N125,900,000, as performance bonus for 7 months of non-performance. One of his letters issued through his lawyer, Tony Odiadi, on the 13th of June, 2020, read : “Be informed therefore, that if after 10 days from the date of this letter, our client is not paid his entitlements as stated, we shall have no option left but to file necessary invitations to relevant investigative agencies…. The likely damage to your reputation and operational activities of these legal steps will not be one to be lightly allowed. The said legal steps may be taken without further recourse to you.” Mrs Fagbemi  expressed  dismay that rather than approach the court for perceived justice over his claims, which were put forward base on his self-evaluation, the former subsidiary MD chose to tow the image-damaging path.

“Rather than pursue his claims in court like he wrote, he has resorted to several acts of blackmail, arm twisting and extortion by writing various petitions with baseless allegations to several agencies and arms of government.  These allegations have material implications for national security. We state categorically that we have nothing to hide, but we are not in the habit of paying for work not done or value not-derived.” She, however, noted that NAHCO will not succumb to extortion by Mr. Yusuf, but would duly seek redemption of its image through the court of law.

She added, “ We would like to state that NAHCO’s silence on the matter is in no way an acceptance of guilt; rather, we are guided by the advice of our solicitors not to discuss the details of a matter which is already before a court of law; where  in due course Baba Yusuf must provide facts on the allegations leveled.” She also assured the company’s clients of seamless operations irrespective of the threats.