Murtala Mohammed International Airport, the shame of a nation 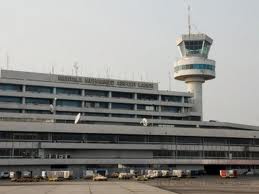 Passing through the Murtala Muhammed International airport has remained a night mere for travelers. The ordeal getting through the arrival bay of the airport is better imagined than experienced. Last Tuesday scores of prominent Nigerians and foreigners who came into the country on board British Airways had an unpleasant taste of the ordeal at the airport. Immediately they came out of the aircraft which was well air conditioned, they entered into an atmosphere of heat. It was such that little children were choking, while the adults were sweating profusely. At the immigration desk passengers clog the area for hours. It was a pitiable sight.

The airport like most other monuments in Nigeria has become a show of shame. If you are traveling out of Nigeria, Murtala Muhammed Airport experience is a bad one and you will end up not having a pleasurable experience. Mr. George Uriesi, the new Managing Director of FAAN, once told reporters that the organization wants to intervene in the current sad experience at the airport and create an environment that gives passengers respect and dignity while they use the airport, and provide services that will make them feel like yes, ‘this is my country and it is beginning to get respect.’

He had said that President Goodluck Jonathan has come under pressure over the airport. “This January”, he had said “the President and his team went for a meeting with some foreign investors and he was told to get serious with his airport, that it’s a disgrace. The pressure has gone all the way up and I like it.” But months after this revelation of the pressure on Mr. President to do something about the airport nothing has been done to give the impression that the non functional air conditioners at the air is being addressed. Remodeling the airport which FAAN claims to be doing does not stop the organization to get the facilities at the airport working.

If Mr. President was told that the nation’s airport is a national disgrace by foreign investors, is it not urgent enough for FAAN to urgently address the facilities at the airport? Does FAAN need to remodel the air conditions at the airport? Instead of embarking on remodeling the entire airport at the same time why did FAAN not take them one after the other in order to have enough funds to address the ugly and horrible situation at the airport?
Before the minister started her war against foreign airlines, did she take a look at the pains Nigerians and other users go through at the airport? Is it not better to fight a war when you know your house is in order and you have enough bullets in your guns to fight?

FAAN had promised that it was going to “make it a comfortable environment, some people keep laughing but they will see.” Months on Nigerians have not seen any change.
Is FAAN’s Managing Director proud of being the managing director of a mess? If not, he should be more dissatisfied with the state of the airports than any one else. He ought to show some urgency in addressing the situation to demonstrate that he is in a hurry to make some significant changes to the way the airport is.

It is a national tragedy that at the nation’s premiere airport, the MMIA in Lagos, passengers have continually lamented that it takes hours to retrieve their baggages and other checked-in items, because the conveyor belt system is old and slow whereas the reverse is the case in other climes. While slugging it out with the conveyor belt at the arrival hall, they also complain of humid and hot atmosphere because the air-conditioning system is almost permanently faulty and the entire place is congested. There is also the issue of slow lifts and poor access for the physically challenged passengers, and more.

To cap it all, passengers complain of harassment and touting from various uniformed officials at the airport. Some, they know and respect, and others they do not recognize but dare not disrespect. All these make their experience very unpleasant and are wondering when these discomforts will end. Also lamenting are air lines that say they are forced to operate their modern jets in dilapidated and congested airport terminals. They lament that they have lost airplane engines worth millions of dollars to bird strikes, with no form of compensation. This, they claim, shows that the bird and animal control is very poor and yet the airport charges are quite high.
Worse still, aviation experts say most airports in the country were built for political, not business considerations and, today, the Federal Airports Authority of Nigeria (FAAN) is saddled with the daunting task of managing 22 airports across the country with very minimal funding.

The modern airport business is a captive business module that says, ‘I have a platform that people must use, and it gives me an opportunity to provide arrays of services to this captive people.’ The captive people include those who are flying out and coming in.
Remodeling the airport is good provided it is not the avenue as usual to make money for some people. But what is mostly needed at Murtala International Airport is maintenance of existing infrastructure to make the place users friendly. What is the guarantee that when the remodeling is completed it will be maintained? In maintenance, is FAAN ready to change its way as a responsible organization to embrace maintenance culture? Mr. President should please in the interest of Nigerians and other foreigners using the airport intervene now to save Nigeria from this national embarrassment at the Murtala Muhammed International Airport.

Nigeria is not broke but we must save now’

Local context through real-time data is vital for...

Eight Nigerian charged with conspiring to engage in...