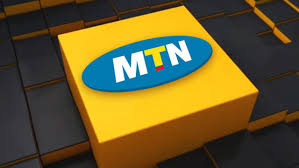 MTN Nigeria has kick started 5G network trial in Nigeria. The special event was marked by the Presence of the Minister of Communication and Digital Economy Dr. Isa Pantami. At the event it was learnt that the Present could issue an executive order aimed at protecting Telecom facilities in the country. The Executive order would mean that wanton destruction, vandalisation and indiscriminate shut down of telecommunications facilities by people, companies or agencies, will become an offence that could attract capital punishments in some instances. The MTN 5G trial afforded Nigeria, the opportunity of becoming the first country in West Africa to experiment 5G mobile technology.

The trial which is to last for three months, was done by MTN in partnership with telecom Infrastructure providers, Huawei. In a goodwill message, Pantami said that the Federal Government was aware of the complaints of telecommunication firms concerning difficulties in the operating environment and many other challenges. He said that the federal government had directed the communication ministry and other agencies to take steps towards alleviating and removing the challenges. As a result he said the Federal government is ready to issue executive order pronouncing telecom facilities as critical natural infrastructure, to protect the telecom infrastructure and sustain growth in the sector. He said, “We held long discussions on the issue of the critical national infrastructure nature of the facilities of telecommunication companies. The government is working on an Executive Order on that. Before I came here today, I was directed to send a letter to the Attorney General of the Federation, to review the draft; and I signed the letter before I left, with a copy of the Executive order. This is what I call short term solution; for the long term, the President has also directed that we facilitate a process of having a legislature in place, and this is in the pipeline. We are also looking at addressing the challenges of fuelling your facilities at the border areas. We are working to ensure that the environment is much more conducive for telecommunication firms to do business in Nigeria.”

He expressed optimism that the 5G network trial would be successful, stating that it is not expecting any challenge or hitches, noting that after the trial, it is expecting deployment. He said that the issue of 5G was critical to the Nigerian economy, because of the issue of latency, speed and many more, adding that with 5G deployment and with the right infrastructure in place, it would reduce travelling and promote virtual travels; encourage remote surgical operations among others. Pantami further said that the government was concerned about the issue of security and had deployed the security agencies to work with the operators and the regulatory authorities to identify any potential security issue and come up with policies to address it

Explaining how interesting the 5G network could be in lifting the country’s tech ecosystem, MTN’s Chief Technical Officer (CTO), Mohammed Rufai, said the new technology is at least 100 times faster than 4G and provides better support for more devices. Demonstrating the functionality, Rufai said when compared to 4G, 5G provides faster data transfer speed and lower latency. The speed of 5G is the highest achieved on any mobile network in Africa. He said: “The new technology boasts of improved reliability. In comparison, the 5G technology has 1,000-times the capacity, 100-times the speed, 10-times reliability, and 10-times lower latency than 4G. The CTO also said the new technology solution consists of an end-to-end dedicated 5G network operating in 100MHz and 20MHz licensed spectrums and achieves downlink throughputs exceeding 430Mbps and uplink throughputs exceeding 130Mbps. The trial comes on the heels of Nigerian Communications Commission, NCC parley with the GSM association earlier this year on how Nigeria would be among the first African countries to deploy the latest network generation. The parley saw NCC, earmarking three spectrums for trial, promising to provide huge support for telcos, ready to try and deploy the technology on or before 2020.

It is expected that with an adequate spectrum allocated to the 5G standard, the increased capacity would result in lower data cost to Nigerians. Listing the advantages of 5G, Managing Director of Huawei Technologies Company Nigeria Limited, Mr. Zhang Lulu, disclosed that 5G network is 100 to 250 times faster than 4G, having 20 gigabits per second over wireless fast.  He noted that with 5G, users can download high-definition contents, including large size videos under a second, unlike on 4G, where it takes up to 10 minutes.  Lulu said, “Huawei’s 5G simplified solution helps operators build 5G networks with superior performance and user experience and rapidly deploy simple 5G networks to allow customers enjoy 5G services. The 5G technology improves operation and makes maintenance easier. This will also boost business growth.  “The 5G technology naturally optimises energy which makes it more efficient. It can also easily serve unconnected communities, in rural areas; delivering cost effective fiber-like broadband access to unconnected households in emerging markets.” He noted that the deployment of 5G network would resolve the last mile access problems encountered using traditional fixed-line broadband solutions in both densely populated urban centres and sparsely populated rural areas.

According to him, 5G network would allow users of the technology to interface with next level pervasive intelligence, such as artificial intelligence, in a whole new dimension, adding that it also allows innovation in areas such as autonomous vehicles, Holographic Telepresence, improved virtual reality and the internet of things to thrive effortlessly. He said, “For example, Holographic Telepresence is a new type of 3D capture technology that allows high quality 3D models of people to be reconstructed, compressed and transmitted anywhere in the world in real-time.

“Communicating and interacting with remote users become as natural as face to face communication. This will aid possibilities such as remotely and seamlessly delivering high quality teaching, training, health operations, musical performances among others.”

Speaking in the same vein, Chairman of MTN Nigeria, Dr. Ernest Ndukwe, noted that with the 5G trial in the country, Nigeria was currently setting the pace in telecommunications deployment in West Africa, compared to in the past, when Nigeria lagged behind Ghana and Tunisia, among others, in 2G deployment.  He urged the Federal Government to create an enabling environment for the full deployment of 5G technology and other advanced technologies and leave the rest for telecommunication companies.  Ndukwe noted that the issues of security had been addressed prior to the launch, adding that the regulatory authorities had shown that they would not relent in ensuring that things were done properly. He added that the deployment of 5G technology would play a major role in addressing security issues in the country, as well as promote the growth of critical sectors in the country.