You are at Home Business Microsoft: Nigeria’s tech space would become most viable in Africa 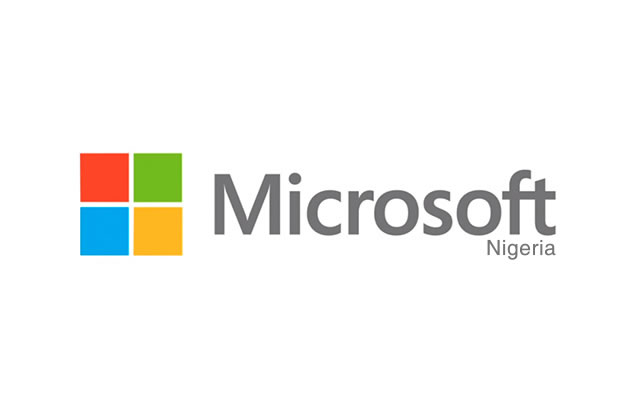 Microsoft: Nigeria’s tech space would become most viable in Africa

Just as global technology giants including Google Inc., HUAWEI, and top social networking company, Facebook, another international tech heavyweight, Microsoft Corporation, has disclosed plans to partner with the Federal Government for the benefit of the Nigerian people, especially young people. Specifically, Microsoft is now offering support for the Digital Transformation pillar of the Federal Government’s Economic Sustainability Plan. This will be a continuation of the technology company’s investment in Nigeria after the establishment of an African Technology Development Centre in 2020, all in affirmation of the efforts of the Buhari administration in the creation of a viable technology ecosystem in Nigeria.

Vice President Yemi Osinbajo, SAN, said in a virtual meeting with Microsoft Corporation team led by its President, Mr Brad Smith that the company’s interest in supporting the efforts of the Federal Government is a welcome development and could be leveraged to address issues affecting the youths especially in engaging them productively. While Google Inc. in July 2020 announced plans to establish its first Google Launchpad Space outside the United States in Lagos, Facebook, in September of same year made public its decision to open an office in Lagos as part of its planned expansion in Sub-Saharan Africa. HUAWEI on the other hand last November promised the Vice President that the company will position Nigeria as a technology center for the African continent.

Speaking on the need to constantly engage with the youths, the Vice President noted that Nigeria’s case is peculiar given that the youths constitute a larger percentage of the country’s population hence the need for all stakeholders to pay more attention to that demography. His words: “It seems to me that there is just a wave of general anger around the world and people are generally impatient. Impatient with government, impatient with practically all of the formal structures there are.

“But I am open and happy to hear what views there might be on trying to engage and engage even more with young people (and in our case, that is 70% of our population, if not more). So, we are really talking not just about the youth population but the Nigerian populace because that is the majority. So, whatever it is that we are able to deploy to be more inclusive, to engage even more, is really a solution for the entire populace as opposed to a solution for just a segment of our population especially given the fact that young people constitute 70% or even more.” Speaking on the government efforts in developing the technology space especially in boosting viable sectors of the economy, Prof. Osinbajo noted that “we have a digital innovation initiative which we hope will be the foundation for doing far more in the digital space than we are doing at the moment.”

Continuing, Prof. Osinbajo emphasized that “just looking at agriculture, this is obviously something that we’ve spent quite a bit of time and resources on especially in the past few years. We have also seen the development of a good number of agric-tech type companies and fin-techs that are also working in the agric sector. So, it’s a whole load of innovation around the agric tech space, especially in the past few years. So, I think we really are up for programmes that will support these sorts of agric-tech initiatives”. Referring to the partnership with Microsoft, especially the establishment of the development centre, the Vice President said “I have always wondered how Microsoft can just be a much more effective partner with us as a country. s the commitment of Microsoft in developing the digital centre here in Nigeria. And it also shows the company’s confidence in the sort of talents that we have and the commitment of government to ensuring that we develop that talent in the best possible ways that we can.”

Assuring investors in the Nigerian economy of the commitment of the Buhari administration in creating the right environment for businesses to thrive, the Vice President said “we are all working to create the right environment for innovation and creativity. That remains an issue that we are dealing with on a daily basis, and I think that the challenges are the challenges of the sort that we are going to have to be dealing with (in my view) even in the coming years.” On his part, Minister of Communications and Digital Economy, Dr. Ali Isa Pantami, said the Federal Government has already put in place the necessary structures to partner with Microsoft and other tech companies in developing Nigeria’s technology ecosystem.

He said the National Digital Innovation and Entrepreneurship Policy, the National Policy on E-governance, among others, have been adopted by the Buhari administration to support the growth of technology and innovation in the country.

Earlier in his remarks, Mr. Smith, noted that his company’s vision for investment in Nigeria was one that would lead to the creation of Africa’s most viable technology ecosystem. Mr Smith said the company’s investment in Nigeria is a demonstration of its enthusiasm about the digital transformation ongoing in Nigeria under the Buhari administration. He proposed a 90-day timeline for stakeholders, “Beginning with the African Development Centre which I think is excellent, I think it show olders on the government side and from Microsoft, to iron out details of the various areas of collaboration. Other participants at the meeting include Microsoft Corporation’s Country Manager for Nigeria and Ghana, Mr Akin Banuso, among others.