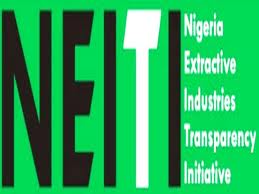 The Nigeria Extractive Industries Transparency Initiative (NEITI), says metering infrastructure of the oil and gas sector is the only way to ensure accurate measurements of daily crude oil production in the country. Mr Waziri Adio, Executive Secretary, NEITI, made this known in Abuja, on Monday at a strategy meeting and presentation of report on metering infrastructure of the oil and gas sector. He said that Nigeria was the only the country that produces oil without the facilities at the oil wells to ascertain the accurate quantity of crude produced in the country. He added that installing the facility had become imperative as government was looking for ways and means to fund budget in the country.

“There is the need for us to take appropriate measures to realize full revenue that are accrued from the production of crude oil and one way to  that is to know the quantity of oil that we produce. Industry experts are trying to convince us that we are on good standing with what we have right now but we think that we are not, we think that the infrastructure measurement for the crude oil that we produce are not adequate and that it can be improved upon,’’ he said. Adio represented by the Director of Communications, Dr Orji Ogbonnaya noted that crude oil theft would also be reduced with installation of metering in the various oil fields in the country. He added that it was unfortunate that after many years of oil production, the country could not independently verify her oil production levels but rely on international oil companies (IOCs) to do same.

“Stealing of Nigeria’s crude can be minimised if we know exactly what we produce, what we consume locally and export internationally, and these have occurred over the years in NEITI’s audit reports. NEITI will be comfortable when our country gets maximum benefits from the oil and gas we produce and we think a lot of gaps exist and one of it is that we do not know the quantity of oil that we produce.” he added. NEITI had previously disclosed in its audit reports of operations in Nigeria’s oil sector for 2012, 2013, 2014, and 2015, that a total of $9,896,794,799 ($9.89 billion) worth of crude oil was lost to inadequate measurement of oil produced as a result of poor metering infrastructure. It explained that for the period, up to 106,861,842 million barrels of oil were not adequately accounted for.

Presenting the report, Dr. Sunday Kanshio, a member of the study team, said that most of the oil production sites, the team visited during its research, were found to have no meters at their well-heads in breach of the dictate of the 1969 Petroleum Act of Nigeria. Kanshio further disclosed that the team discovered that there was no infrastructure in place to accurately determine the volume of crude oil or product stolen or lost in the country. He called for proper regulations to enable government get necessary infrastructure that would help the country know the quantity of crude produced and sold at the international market. He added that Nigeria need to emulate other oil producing countries like Saudi Arabia, Kuwait, UAE for effective management of the oil and gas sector for economic growth and development in the Country.

Also, Dr Otive Igbuzor, Executive Director of the African Centre for Leadership, Strategy & Development, said that effective hydrocarbon management was hinged on three key areas of Fiscal regime, Regulation and metering infrastructure. Otive, a member of the research team, said that it was unfortunate that the oil and gas industry in Nigeria was yet to get the three right. He added that the major focus of the meeting was to present the report and the recommendations and to agree on increasing the advocacy based on the evidence from the study.(NAN)