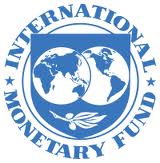 The Executive Board of the International Monetary Fund (IMF) said that the Board of Governors has approved its proposal to remove the age limit for the position of IMF Managing Director. Approval of the proposal required a simple majority of the votes cast, with a minimum participation requirement of a majority of Governors holding two-thirds of the total voting power. Voting ran from August 21 to September 4. “Since 1951, the IMF’s By-Laws had prohibited the appointment of a candidate aged 65 or over as Managing Director, and had also prohibited the Managing Director from serving past his/her 70th birthday.

The amendment to the By-Laws adopted by the Board of Governors, which is effective immediately, brings the Managing Director’s terms of appointment into line with those of members of the IMF Executive Board, which the Managing Director chairs, and those of the President of the World Bank Group, who are not subject to an age limit. “The IMF Executive Board is engaged in the selection of a successor to outgoing Managing Director Christine Lagarde, who will step down on September 12. Nominations to the position close on September 6, 2019, and we intend to complete the selection process by October 4.”