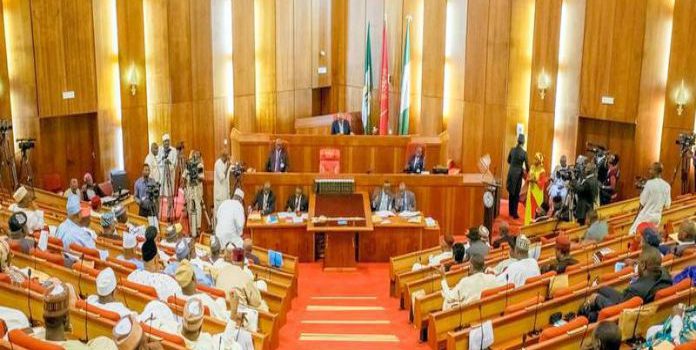 The Africa Network for Environment and Economic Justice, ANEEJ, has said that with the Senate’s passage of the second tranche of the host community Petroleum Industry bill before proceeding on vacation, the template for huge investments in the Niger Delta communities has been laid.
Rev David Ugolor, ANEEJ executive director reacting to the passage of the bill said “ANEEJ believes that it will create the much-desired harmony and unity among the people of the Niger delta. That apart, we are hopeful that a lot of the issues leading to youth restiveness over poor infrastructure, unemployment, access to healthcare, good roads and inclusiveness in governance would be addressed. We are hopeful as well, that the legislative process would involve the host communities.”

He lauded the Senate and commended it for the courage it has displayed in quickly passing the host community Petroleum Industry bill after second reading, and which has eventually established a framework relating to the petroleum producing host community’s participation, cost and benefit sharing among government, petroleum exploration companies and host communities.
The Rev David Ugolor said that part of the flaws inherent in the passage of the Petroleum Industry Governance bill, PIGB, was that it had no local content and did not take into account the interests of the host communities.

Since 2004, ANEEJ has been at the fore front campaigning for the passage of PIB, and has been at the vanguard of working with partners and stakeholders in the push for the passage of the PIGB. It equally supported the fight against pertinent and recurring cases of grand corruption traceable to the flaws and inconsistencies common in the downstream sector of Nigeria’s petroleum industry.
It will be recalled that as founding Chair of Publish What You Pay, ANEEJ put the issue of the Passage of Petroleum Industry Bill on the front burner of national discuss with several advocacy activities.

In 2013, ANEEJ had had recourse to drag the Federal government to court over the lukewarm approach it had taken with the draft Petroleum Industry Bill and the bad management of the nation’s Oil and Gas sector. In partnership with stakeholders and with strong support from the DFID, ANEEJ successfully prosecuted a 15-month Advocacy against Impunity in the Oil Subsidy Regime in Nigeria project. ANEEJ has eventually followed this programme up with another 4-month intervention aimed at Strengthening the nation’s Assets Recovery Campaign.