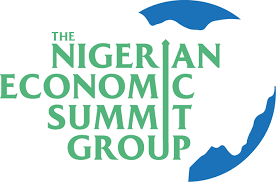 Nigeria Economic Summit Group is in tumour as prominent members of the board of the body have taken a bow following CBN attack on its leadership questioning the continued relevance of NESG to Nigeria. Some prominent Board members of the Nigerian Economic Summit Group are said to have resigned from the Board in what appears to confirm the eroding credibility of the private sector-led think tank and policy advocacy group under the Laoye Jaiyeola and Asue Ighodalo-led management. At least three directors – Kennedy Uzoka, the Group Managing Director of UBA Plc; Adesola Adeduntan, Managing Director of First Bank and Abubakar Suleiman, Managing Director of Sterling Bank Plc abruptly tendered their resignations on Wednesday, THEWILL can authoritatively report. Of note is the resignation of Suleiman, who runs Sterling Bank where Ighodalo serves as Chairman.

Sources close to the group said that there are serious disagreements amongst members of the Board and group over the current management’s sustained and unfounded criticisms of some of the policies of the President Muhammadu Buhari-led federal government and the Godwin Emefiele-led Central Bank of Nigeria. It was further gathered that the group’s last statement Tuesday with the caption ‘Matters of Urgent Attention’, which did not have the input of members of the Board, is what appears to have drawn the ire of members and causing the latest uproar amongst members.

Central Bank of Nigeria had said it is disappointed in the Nigeria Economic Summit Group for not finding out the real reason for border closure before castigating the apex bank and the Nigerian authorities for the closure. The CBN had in a statement said “On border closure, we are disappointed that the NESG has not shown any tendency to deeply interrogate the real reasons for the closure. While the CBN is not opposed to its reopening, we must never forget the real reason why that border was shut in the first place: significant economic sabotage involving smuggling of many fake products, drugs, small arms, and other goods. How can a Nigerian farmer struggle for months to plant, cater, and harvest their crops only to find that those crops cannot attract good prices because of smuggled products from across our borders?

“Does the NESG know that according to the International trade Center, Benin Republic imports as much as rice as China and nearly as much frozen chicken as the U.K.? In which country does the NESG think all these rice and chicken end up? How then can a Nigerian rice farmer or poultry owner survive?  While the Federal Government is doing its best to tackle these issues and reopen the border, we must bear in mind that border issues require cooperation by other countries. But if these countries, given their huge benefits from a rigged system, deny there is even a problem, how can Nigeria reopen the border without resolving these matters?”

Further the apex bank said “with respect to foreign exchange, the CBN operates two windows: wholesale and retail. In the wholesale window, banks are allocated FOREX weekly, which is meant to be allocated to their customers at their discretion, reflecting customer size and distributive efficiency, for final sale to parents paying school fees, patients settling medical bills abroad, SME traders importing small-scale inputs and raw materials, and general travellers for business and personal trips. The CBN also allocates a certain amount of FX to licensed BDCs per week, who resell to small-scale users. In both categories, the CBN does not know the final buyers of this FX. In the retail window, banks submit a detailed list of applicants who are then allocated foreign exchange based on availability. Given that these submissions are first scrutinised by the banks and are accompanied by the provision of significant documentation, we do not understand the extra transparency being called for by the NESG.