You are at Home Economy Former PPMC MD dies of coronavirus 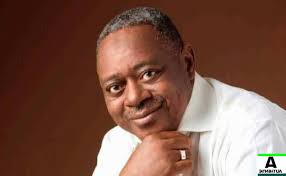 A Nigerian has died from the dreaded Coronavirus (Covid-19). The dead is an ex-Managing Director of a subsidiary of Nigeria Petroleum Corporation, Pipelines and Products Marketing Company (PPMC), Mr. Suleiman Achimugu, came back to Nigeria from the United Kingdom two weeks ago and started showing symptoms of the Covid-19 virus. The 67-year-old man returned after a medical procedure in the UK, and had several underlying medical conditions including multiple myeloma and diabetes and was undergoing chemotherapy.

According to reports, officials of the Nigerian Centre for Disease Control (NCDC) were informed of his situation by the family and even took his blood sample for testing but they never got back to his family. “NCDC officials came to the house and took his blood specimen. Even though it tested positive, they never got back to us until he died at a hospital in Gwagwalada. We are all currently under quarantine in the house”. In a statement, his family said he died on Sunday, “some days” after returning from the UK, and had self-isolated before experiencing symptoms and going to a specialist hospital for testing and treatment. Nigeria, the most populous nation in Africa, confirmed five new cases of coronavirus on Monday, two of whom were travellers who had returned from the United Kingdom.

There are now 36 confirmed cases, 25 of which are in the commercial capital Lagos, a city with some 20 million residents. Two patients have been discharged. On Sunday, the governor of Lagos state called on all non-essential government workers to work from home and practice social distancing for at least two weeks, and appealed to the private sector to do the same.  When they eventually called the NCDC to inquire about his results, It turned out positive. They rushed him to Gwagwalada where he died this morning. He died around 2:00 am in the early hours of Monday after coughing severely for the most part of Sunday. His burial will be handled by the NCDC to avoid further spread of the virus.