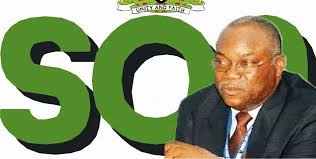 The Federal Ministry of Industry, Trade and Investment is committed to providing all necessary support and encouragement to the Standards Organisation of Nigeria (SON) and other agencies under its supervision to achieve rapid industrialisation and accelerated growth of the Nation’s economy. This commitment was re-emphasised by the Permanent Secretary,  FMITI, Dr. Nasir Sani-Gwarzo in response to a brief from the Director General,  SON Osita Aboloma Esq. in Abuja.
Dr. Sani-Gwarzo acknowledged the relevance of standardisation, quality assurance and conformity assessment to all sectors of the Nation’s economy thus making SON’s mandate a key component to the emancipation of the Nation under the Federal Government’s Economic Recovery and Growth Plan (ERGP.

He commended the SON Management under Aboloma for its giant strides in Standards development, local and offshore Conformity Assessment of products, services and processes with particular emphasis on attainment of international accreditation for many of its services to Nigerian stakeholders. The Permanent Secretary, who also doubles as Chairman of the SON Governing Council enjoined the SON Management to redouble its efforts in relation to collaboration with other agencies of Government as well as the organised private sector groups. He expressed particular interest in the working collaboration between the National Metrology Institute (NMI) being developed by SON and the Weights and Measures Department of the FMITI to ensure optimal delivery of services in Industrial and Legal Metrology for the Nation’s rapid economic growth.

Briefing the Permanent Secretary earlier,  DG, SON, Osita Aboloma Esq. acknowledged the tremendous support and encouragement enjoyed from the FMITI in the past.He highlighted some of SON’s recent achievements as including; clearing of all outstanding staff promotion exercises; improved and ongoing capacity development through attainment of international accreditation and recognition for many of its services such as Laboratories, Management Systems Certification and training services amongst others; automation of most of its service offerings to stakeholders for efficiency and effectiveness in support of the Federal Government’s ease of doing business policy; massive staff development through training and retraining, including on Alternative Dispute Resolution; nationwide infrastructural development of Regional/Administrative  Complexes to provide better working environment for staff and take product testing and analysis nearer to the Stakeholders; massive development of market driven Standards in conjunction with relevant sectoral stakeholders.

Others are local and offshore Conformity Assessment of products through the Mandatory program for made-in-Nigeria (MANCAP) and SONCAP for imported Products; a robust Standards enforcement procedure including destruction of life-threatening products and the prosecution of the purveyors with support from the office of the Attorney General of the Federation; nationwide engagement, education and awareness for stakeholders on   benefits of standardisation and their roles in the fight against substandard products. Aboloma enumerated some of the challenges confronting SON as including; funding for the continuous development of the NMI and other SON; laboratories including obtaining international accreditation and running them at greatly discounted rates for Micro, Small and Medium Enterprises in support of Government’s economic  diversification Programme; absence at points of entry for quality verification of imported products with its attendant dangers to SON staff, the Nation’s economy, safety and welfare of its citizens; circumvention of the offshore conformity assessment procedures by unscrupulous importers, wrong declaration of finished (mostly  substandard) products as raw materials and machinery and outright forging of SON documents for clearing of imported life-threatening products. He stated that the staff of SON are well trained and can compare favourably with their counterparts around the developed and developing economies of the world. The DG promised to intensify the organisation’s activities in the areas of standards development, conformity assessment, enlightenment and enforcement, including prosecution of standards infractions in spite of the obvious challenges. 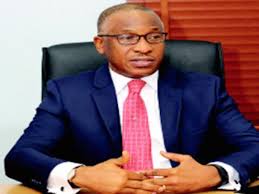