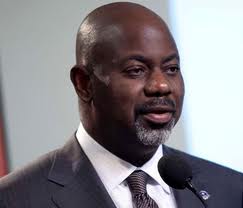 Acting Director of the Cross River Basin Development Authority (CRBDA) Mr Mfon Essien said that the Federal Government of Nigeria has been spending one billion naira annually on rice importation. Essien made the disclosure in Calabar when he paid a courtesy call on Mr James Aniyom, the state’s Commissioner for Agriculture.

The Acting Director said the Federal Government was also expending N500million on wheat and another N500 million on fish importation every year. “We cannot continue like this and all hands must be on deck to rid the nation of exploitation,’’ he said, pointing out that the CRBDA had some projects to develop in the state to promote agriculture.
He said that a road map had been drawn for the Akwa Ibom and Cross River Basin Authorities to effectively manage water resources and encourage agricultural development in both states. The acting director appealed for the assistance of extension officers and water experts from the ministry to boost the body’s plan to improve the quality of rice from 1 .5 to eight tonnes per hectare. Essien said that this could be achieved if there was partnership between the Ministry of Agriculture and River Basin Development Authorities in the two states.

Aniyom said that the Federal Government had given three giant rice mills and a cassava mill to the Cross River Government to promote agriculture in the state. “Majority of our farmers plant rice, which is exploited by our neighbours in Ebonyi and with this new development our farmers will soon have internal avenues to market and process their products. ’’ He encouraged farmers to plant more of the recommended seeds, adding that other areas targeted by the ministry include cassava, oil palm and cocoa plantations.

Aniyom stressed the importance of value chain and more players in the agricultural transformation exercise, saying that clusters had comparative advantage. The commissioner said that the state and Federal Governments had initiated a Growth Enhancement Scheme (GES) to enhance efficient value chain in the agriculture transformation agenda. He noted that apart from the cultivation of crops, farm products could equally be processed to finished products to encourage exports.
He said that GES was to ensure that productivity was facilitated by sowing with fertiliser and recommended seeds. ”GES ensures that fertilisers are sold at subsidised prices to registered farmers, ” he said. Aniyom called on extension service officers to advise farmers on which technology to follow in terms of crops, seeds and chemicals.