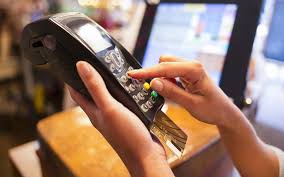 The Central Bank of Nigeria CBN has said that the total volume of payment transactions across Nigerian payment channels fell by 26 per cent in April compared to the preceding month. The Federal Government imposed a lock down of economic activities in Lagos, Abuja and Ogun States between March and April 2020. The data available were for cheque, ATM, POS, E-bills and NIP transactions. The CBN data for April excluded other transaction channels such as Web, Mobile, NEFT etc.

In terms of value, the NIBBS or (NIP) platform remains the dominant form of transferring money by value but suffered a N3.9 trillion drop in transaction values. This perhaps reflects the lockdown of economic activities as most companies that rely on this platform to make transfers operated minimally. Cheque channels even performed worse with only N10.3 billion in transaction value.

POS transactions, which reflects spending pattern of Nigerians via merchant outlets such as supermarkets, retail markets and shops, shopping malls etc. dipped by 26.2 per cent from N368.9 billion in March 2020 to just N272 billion in April 2020. Despite this drop, the value of POS transactions recorded in April appears to be an improvement especially when you consider that average value

POS transactions in the whole of 2019 was N267 billion per month. Nigerians spent more on food, medical supplies and household items during the lockdown period. Payment transactions are closely monitored by the financial sector participants particularly FinTechs as they form the basis for the billions of Naira in fees and commissions earned on transactions. The hugely competitive electronic payment space means players in the sector may have incurred significant drop in earnings in the month of April corresponding with the data from the CBN.