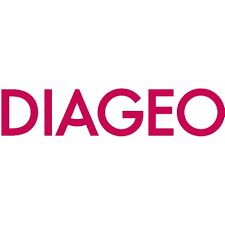 Diageo said Brexit could cost it tens of millions of pounds if Britain did not replicate the EU’s trade deals with other countries for Scotch whisky and keep an open border in Ireland, where it makes Guinness stout and Baileys liqueur. Dan Mobley, the drinks giant’s head of corporate relations, said losing the benefits of EU trade deals with so-called third countries such as South Korea, Colombia and South Africa would be unwelcome.

Likewise, he said the introduction of border controls between Ireland and Northern Ireland would hinder its supply chain, and hurt its many small suppliers. The company currently treats the island of Ireland as one, although EU member Ireland is separated by a land border from Northern Ireland, a province of the United Kingdom and therefore set to leave the European Union. British Prime Minister Theresa May moved closer to unlocking stalled Brexit talks last week by offering Ireland and her allies in Northern Ireland a pledge to avoid any return of a hard border.

Scotch whisky accounts for about a quarter of Diageo’s 12 billion pound ($16 billion) annual turnover, while Scotch is Britain’s biggest food and drink export, worth around one fifth of the total. “For us to lose the benefits of (EU) trade deals would be unwelcome, but it would be manageable, it would be tens of millions of pounds lost, rather than hundreds of millions,” Mobley told a parliamentary scrutiny committee in London. Mobley said Diageo made Baileys using ingredients from both sides of the Irish border, taking for example 11 percent of Ireland’s cream output to make the drink.

“We are moving about 18,000 trucks a year over that border, so even small hold-ups to process those truck movements would be really unwelcome, but the big problem would be for our suppliers,” he said. He said Diageo had advised the British and Irish governments about technical measures that could relieve pressures on any new controls, but retaining an open border was preferable. We would much rather what was agreed last week, which is for an open border,” he said. We are heartened that all sides say that’s what they want, but we need to now see the details.”

Diageo is also pressing the British government to exert influence over India to bring down its 150 percent tariff on imported Scotch, which makes the premium spirit unaffordable except for the very wealthy, Mobley said. As regards trading opportunities, he said India, the world’s biggest whisky market, was the “holy grail”. (But) we are realistic and we know trade agreements take a long time to negotiate,” he said. Diageo produces whisky in India, but Scotch can only be made in Scotland.

Naira sells at N314.50 per dollar on interbank market