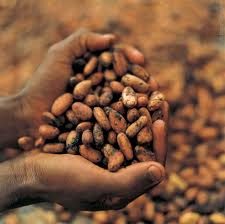 Cocoa farm gate prices in most of Côte d’Ivoire’s growing regions were stable to higher last week as prices at ports rose on increased demand, farmers and buyers said on Tuesday. A purchasing manager at an Abidjan-based European cocoa export firm said the average price at the port of Abidjan was at around 800 CFA francs to 840 CFA per kg, up from 770-820 CFA per kg the previous week.
“Many buyers, especially grinders, are worried that they will not get enough cocoa, so they have increased their purchase prices,” the manager said, asking not to be named. But very few farmers have been able to sell at those prices because of the level of humidity and moisture in the beans that have been delivered this week,” the manager said.
Farmers in the world’s top cocoa-producing nation are harvesting the 2011/12 mid-crop after a slow start due to months of dry weather. Heavy rains and continuous overcast weather, however, have cut volumes as farmers are unable to dry their beans. The average price at Côte d’Ivoire’s second port of San Pedro was about 790-810 CFA francs per kg, up from about 800 CFA the previous week. In the coastal region of San Pedro, farmers said the average farm gate price rose to about 650 CFA francs from 600 CFA the previous week. Buyers were said to have feared the possibility of a shortage of beans in the coming weeks.