The Federal Competition and Consumer Protection Commission (FCCPC) says the Chinese restaurant known for exclusive and discriminatory service in Lagos remained shut. The FCCPC Director General, Mr Babatunde Irukera, disclosed this when he appeared on the News Agency of Nigeria (NAN) forum in Abuja.mIrukera said if a place was shut down in this manner, there was process to follow for such to be re-opened for business.

He stated that though the owners of the restaurant had started the process but could not complete it due to the lockdown occasioned by the COVID-19 pandemic. He added that one of the guidelines of lockdown in Lagos was that, people no longer sit in a restaurant but could only order for food and take away. The director general emphasised that one of the key issues with reopening was that there must be some commitments from the restaurant to operate with new protocols. He said that the restaurant would only all whenever these protocols were adhered to and certified by the commission.

Recalling the operation that led to the shutdown, Irukera disclosed that “why we shut down the restaurant, we got a credible intelligence that the restaurant was discriminatory and will not serve Nigerians. “We performed a sting operation where our own operatives went in there to be served and I was one of the operatives as a matter of fact. I went there and I was turned away because I wasn’t a South-East Asian and what we did was to shut down the place,” he explained.

He said the collaboration of all regulatory agencies will guarantee a vibrant consumer protection activities in the country. Irukera said that the poor regulatory alignment was one of the commission’s greatest challenges in ensuring effective consumer protection. “The greatest challenge that I have experienced there is regulatory alignment. It is gaining the appropriate alignment with other regulators as far as prioritising consumer protection because almost every other regulator is technical in their space and my position is that consumer protection is not ancillaries. It is not a department, it is the focus. It is the whole core and the point of whatever these businesses are. So getting that alignment to prioritise it above everything else; its being time taking. It is almost like in a marriage, if children see that mum and dad are not on the same page about something, they will exploit the crack.

“But you see that it is changing because they are now seeing that the regulators are now talking a little more. I understand my space, I understand the law. But the lack of it does not incapacitate us to the point that consumers are so exposed that we are unable to do anything,’’ he explained.

Irukera who noted that the commission had in 2019, received over 30,000 complaints bothering on consumer protection through its automated system, said they were resolving issues as they came.

The director-general said that the system had helped the commission to improve on its data gathering. He said the commission had filed criminal charges against supermarkets and pharmacies, adding that impunity was the only direction people would travel without an appropriate policies implementation. 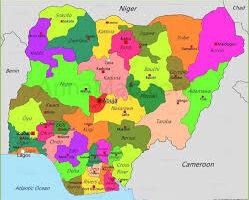