You are at Home Business China’s economic policy not debt-trap for Africa, others—Diplomats 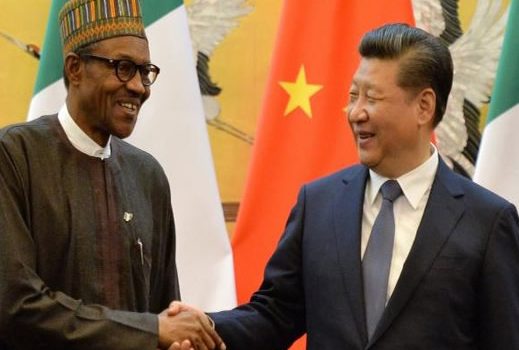 Chinese government is not advancing a debt-trap diplomacy to enslave Africa and middle-income countries, Shahar Hameiri, an Associate Professor, School of Political Science and International Studies, the University of Queensland, Australia, and Dr Lee Jones of the School of Politics and International Relation, Queen Mary University of London have said. The diplomats said that China’s the Belt and Road Initiative (BRI) launched in 2013 “is widely understood as a geopolitical strategy to create a new, Sino-centric order in Eurasia or even across the entire world. The Belt and Road Initiative (BRI) is frequently portrayed as a geopolitical strategy that ensnares countries in unsustainable debt and allows China undue influence,” the diplomats said in a new publication presented at the Chatham House, London, with the title: ‘Debunking the Myth of Debt-Trap Diplomacy: How Recipient Countries Shape China’s Belt and Road Initiative,’

The authors said available evidence challenges this position that China is projecting a debt-trap diplomacy in Africa and middle income countries. “Economic factors are the primary driver of current BRI projects; China’s development financing system is too fragmented and poorly coordinated to pursue detailed strategic objectives; and developing-country governments and their associated political and economic interests determine the nature of BRI projects on their territory. The BRI is being built piecemeal, through diverse bilateral interactions. Political-economy dynamics and governance problems on both sides have led to poorly conceived and managed projects. These have resulted in substantial negative economic, political, social and environmental consequences that are forcing China to adjust its BRI approach,” they said.

Jones and Hameiri said that despite Beijing’s protestations that this view misrepresents a policy intended by China as a benevolent initiative, it has quickly taken hold in Western policymaking circles – particularly in the US. The diplomats said the US Vice-President Mike Pence, for example, criticised China in October 2018 for using debt-trap diplomacy in Sri Lanka to establish a ‘forward military base for China’s growing blue-water navy. China is often said to be pursuing ‘debt-trap diplomacy’: luring poor, developing countries into agreeing unsustainable loans to pursue infrastructure projects so that, when they experience financial difficulty, Beijing can seize the asset, thereby extending its strategic or military reach.” They said “Such views are mistaken for a number of reasons.:

“First, the BRI is primarily an economic project; second, China’s development financing system is too fragmented and poorly coordinated to pursue detailed strategic objectives, notwithstanding leaders and central agencies’ efforts at loosely guiding the BRI’s broad direction; and, third, Chinese development financing is heavily recipient-driven. China cannot and does not dictate unilaterally what is built in the name of the BRI. Developing-country governments are not hapless victims of a predatory Beijing; they – and their associated political and economic interests – determine the nature of BRI projects on their territory. Far from unfolding according to a Chinese strategic blueprint, the BRI is actually being built piecemeal, through diverse bilateral interactions. Sri Lanka and Malaysia are the two most widely cited ‘victims’ of debt-trap diplomacy. In reality, the most controversial projects in these states were initiated not by China but by the recipient governments, in pursuit of their own domestic agendas. Their debt distress has not arisen predominantly from the granting of predatory Chinese loans, but rather from the misconduct of local elites and Western-dominated financial markets.

“China has also not benefited strategically from the upsets in these cases. It has instead faced negative reactions and pushback, though to a lesser extent than is commonly imagined, given the interests at stake in the recipient countries. Policymakers and civil society organisations in the West and recipient countries should stop responding to the BRI as though it were a well-planned grand strategy. What is needed is not so much a geopolitical pushback against the BRI. Recipient governments must take greater responsibility for the evaluation of potential projects to ensure their viability and financial sustainability. They must also develop their ability to bargain with Chinese partners to make certain that local people benefit from the BRI. Since China continues to place great emphasis on host-country regulation, BRI partners must bolster their laws and regulatory environment. Civil society and political opposition groups in recipient countries should focus their efforts on demanding transparency and public participation around the design, feasibility, selection, pricing, tendering and management of megaprojects,” the authors said.