CBN, no to exemptions and upward review of cash limit 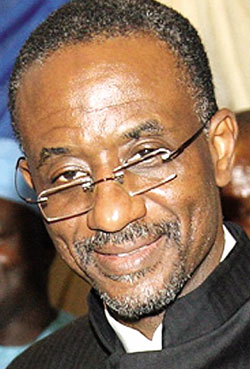 Just when Nigerians were beginning to embrace the reality of cash-less Nigeria, the Central Bank threw yet another spanner in the wheel of progress of the entire policy. The bankers committee and the CBN had told Nigerians that from their research findings, about 10 per cent of those who own accounts in banks in the country withdraw more than N150, 000 at a time. So, the apex bank in collaboration with the bankers’ committee sort to introduce cash-less policy in which Nigerians will carry less of cash and do more transactions electronically.

The argument against the policy then was that there was no infrastructure on ground to effectively implement the policy and that the punitive measure of charging those who withdraw more than N150,000 at a time 10 per cent per extra one thousand while corporate organizations will pay 20 per cent per extra one thousand, was unacceptable. This column had argued that the surcharge was unnecessary, instead of the punitive measure; CBN should introduce incentives to encourage merchants and individuals to use more of cards than cash in making payments. We had argued that the policy was being rushed but the apex bank did not listen then. Now, the CBN is facing the stark reality on ground, it has taken a panic measure that has further put question mark on the policy.

The Central Bank of Nigeria (CBN) on Tuesday issued a statement saying, “having monitored the partial implementation of the Cash-less Policy in Lagos State, and following discussions with various stakeholders on the effective implementation of the project, it has decided to reassess the policy to allow for smooth transition and adoption in Lagos State in the first instance, and the entire country at a later date. Consequently, the CBN as a responsive institution has reviewed the policy and that the daily cumulative limits of N150,000 and N1 million have been reviewed upwards to N500,000 and N3 million on free withdrawals and lodgments by individual and corporate customers respectively”.

The question is why it has taken the CBN this long to realise that the limit of N150, 000 was inadequate? In a country ridden with corruption with 120 million of its population earning not more than N18, 000 per month and a larger proportion in the informal sector N500, 000 withdrawal limits is good enough. But for purpose of consistency, the CBN should have allowed the figure to remain at N150, 000. What is the guarantee that tomorrow, the figure will not rise to N1million and N5million respectively. Withdrawing N500, 000 in a day will allow those who want to continue the usage of cash to withdraw as much as they want in several days, within a week about N2, 500,000, the economy will continue to be awash with cash. The purpose of the policy is defeated even before taking off.

According to the CBN, the pilot programme in Lagos State has now been extended to December 31, 2012 in order to allow people to be more conversant with the new initiative. As such, the roll-out of the programme in other states of the federation has been deferred to January 1, 2013. By extending the commencement of the programme, is the CBN confirming earlier fears that the infrastructure on ground is grossly inadequate to run the programme? What about the cost incurred by banks and others in acquiring Point of Sales machines and deployment of ATMs? Those investments have to wait? The CBN had ordered banks to withdraw all off site ATM, but later asked them to deploy same in preparation for the take off of cash-less Nigeria. Will these banks take CBN policy pronouncement any seriously in the future? Is the CBN telling Nigerians that this policy was not thought through?

The CBN I knew way back used to house the best brains in monetary policy and economic research. What has happened to the CBN? By extending the programme to 2013, it may not take off in other states as the current governor will have barely one year before his term runs off. If Nigeria is what I do know, this policy will be thrown out of the window by the next CBN Governor just as the gains of consolidation were. It will be too bad for the nation if that happens.