You are at Home Economy AU, advocates extension of AGOA by 15-20 yrs 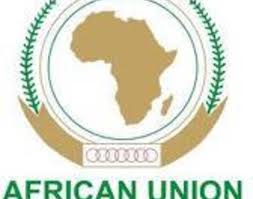 The AU on Monday in Addis Ababa, advocated the extension of the Africa Growth and Opportunity Act (AGOA) programme for the next 15 to 20 years for African business concerns to consolidate trade relations with the U.S.. The Chairperson of the AU and Ethiopian Prime Minister, Haile Mariam Desalegn, made the call at the opening of the ministerial meeting of the 2013 AGOA Forum in Addis Ababa, Ethiopia.
Desalegn also called on the U.S. and other western nations to make more investments in Africa. He said there was significant improvement in trade relations after the introduction of AGOA in 2001 but lamented that countries had not been able to exploit the full potential of the trade, due to several difficulties faced in accessing U.S. markets.
“Even though there was a significant increase in African export to the U.S. after the enactment of AGOA, beneficiary countries have not been able to utilise the full potential of AGOA. Even though statistics show that exports to the U.S. have been growing significantly over the past 12 years, the figures started from a low base and actual value is insignificant. He said that export under the AGOA programme had also been limited to few products leading to some doubt over the U.S. promises, but added that there was high hope of improvement in the coming years.
The prime minister said there was hope that with improved trade relations and investments in the continent, AGOA would help transform the economic structure of the African countries towards industrial based economy. He called for more informed deliberations on how to ensure sustainable transformation of African economies, with more effort from the continent itself, guided by standards and good practices for faster growth.
Statistics made available to newsmen by the Trade Department of the AU Commission showed that Africa’s exports under AGOA increased by more than 500 per cent between 2001 and 2011. It showed that exports between Africa and the U.S. rose from 8.15 billion dollars in 2001 to 53.8 billion dollars in 2011 with about 90 per cent from oil products.

Under AGOA, the volume of non-energy exports to the U.S. also increased by 275 per cent, from 1.2 billion dollars to 4.5 billion dollars between 2001 and 2011.
“The number of countries exporting non-oil products under AGOA has also increased from 13 to 22 during this period generating about 350,000 direct jobs and one million indirect jobs in Africa, “As is evident from these statistics, U.S. investment lies more in the capital intensive sector of mining and extractive industries.’’
It showed that U.S. trade with Africa, excluding North Africa, in 2010 and 2011, grew by 29.5 per cent and 17 per cent respectively, the top U.S. export markets being South Africa, Nigeria, Angola, Mauritius, Ghana and Ethiopia.
“The top export categories were machinery and parts (22%), followed by transportation equipment (17%), cereals (8%), mineral fuels (8%), aircraft and parts (7%) and electrical machinery (6%). Also in 2011, U.S. exports to Africa, excluding North Africa, accounted for more than 100,000 jobs in the U.S. with oil and gas contributing the largest share of imports to the U.S. under AGOA. However, the U.S. Trade Representative to the forum, Michael Froman, said that non-oil AGOA trade rose to 4.8 billion dollars tripling the figure in 2001.
Froman said, “several non-oil sectors experienced sizable increase during this period, including vehicles and parts (2.0 billion dollars in 2012 compared to 289 million dollars  in 2001), apparel (815 million in 2012; 359 million dollars  in 2001), and fruits and nuts (121 million dollars in 2012; 29.4 million dollars  in 2001)

`Behind the billions of dollars in exports generated by AGOA are hundreds of thousands of jobs that have helped African men and especially women to support their families in ways that once seemed impossible.“
According to him, countless African workers whose jobs depend on AGOA are now able to purchase goods and services that were previously beyond their means.
He said that President Barack Obama had taken a position to seek renewal of AGOA before it expires in 2015, “ we will work in partnership with stakeholders in the U.S. and Africa and especially with Congress to achieve that objective.“
Meanwhile the Nigerian Minister of Trade, Dr Olusegun Aganga, is expected to chair a session on Trade Opportunities and Financing for Clean Energy Development on Aug. 13. Government officials from AU member states, business entrepreneurs, women groups, the private sector, captains of industry from Africa and the U.S. are attending the forum with theme “Sustainable Transformation through Trade and Technology“