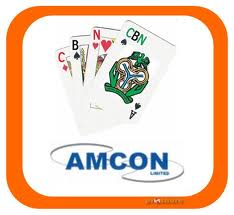 Asset Management Company of Nigeria, AMCON said on Tuesday that it may list three banks that were rescued by the CBN as part of a bailout in 2009, instead of selling them to rivals, as it seeks to determine fair value for the banks. Mustapha Chike-Obi, chief executive of the Asset Management Company of Nigeria (AMCON), said AMCON will need to find financial advisers before finalising its decision on whether to list directly or sell to competitors.
“AMCON is appointing an adviser that will evaluate and determine the value of the banks, evaluate all the options available to AMCON,” he said. We expect our eventual adviser to consider this (listing) among other options,” Chike-Obi said. He said in April that all three rescued banks were now profitable. Previously, AMCON said that more than 20 firms — banks and private equity investors — had expressed interest in acquiring the rescued banks, but AMCON is keen to have them valued before starting any negotiations.
It may opt to take them public if it can get a better deal. The three rescued banks changed their names to Mainstreet Bank from Afribank; Enterprise Bank from Spring Bank; Keystone Bank from Bank PHB, for failing to find new investors before a recapitalisation deadline. The central bank injected N620 billion into nine banks in 2009, judging that they were undercapitalised.