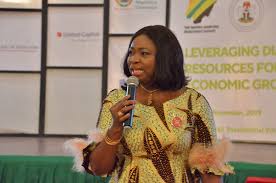 Federal Government has said that the 2020 Finance Bill is targeted at attracting diaspora investment and making doing business in Nigeria more competitive. Vice President Yemi Osinbajo, SAN, said this at the third edition of the Nigeria Diaspora Investment Summit which was held virtually, featuring several Nigerians and prospective investors from the Diaspora. Speaking specifically about how the Federal Government has been able to use the 2019 Finance Act to improve the business environment in the country, Prof. Osinbajo said “what we have done in furthering our own economic policy is to attempt to make the fiscal environment as attractive as possible. What we have done is to use the instrumentality of the Finance Acts to make or propose significant reforms.”

According to a statement by Laolu Akande, Senior Special Assistant to the President on Media and Publicity, the highlights of the tax incentives in the proposed 2020 Finance Bill include: reduction in duties on tractors from 35 to 10 per cent, reduction in duties on motor vehicles for the transportation of goods from 35 to 10 per cent, and reduction of levy on motor vehicles for the transportation of persons (cars) from 35 per cent to 5 per cent. The other incentives include exemption of small companies from payment of education tax under the Tertiary Education Trust fund (TETFUND)-companies with less than N25m turnover are eligible, and 50 per cent reduction in minimum tax; from 0.5 per cent to 0.25 per cent for gross turnover for financial years ending between January 1st, 2020 and December 31st, 2021.

The Finance Bill is also granting tax relief to companies that donated to the COVID-19 relief fund under the private sector coalition (CACOVID) and introduction of software acquisition as qualifying capital allowance.

Professor Osinbajo emphasised that “the Finance Bill looks at several fiscal issues that we want to legislate on or amendments we want to make in the law, which would make it easier for us to implement the budget and also to ease the fiscal environment or make the fiscal environment friendlier. So, we started passing the Finance Act from last year and now we are proposing a second Finance Act this year.  “Last year, we passed a legislation giving small companies with a turnover of less than 25 million a year, tax exemption from the Companies Income Tax, while medium-sized companies with their turnover of between N25 million to N100 million now pays Companies Income Tax at the lower rate of 20%. And then, services provided by Micro Finance Banks are completely exempted from VAT. So, no micro-finance bank pays VAT now for its services.

Withholding tax rates, also on roads, on bridges, on buildings, power plant construction contracts have been reduced from 5% to 2.5 per cent”

He said “those who are doing construction contracts and proposing for construction contracts, pay a reduced rate, they no longer pay 5% they now pay 2.5 per cent. “Now in the proposed 2020 finance bill, we have gone a bit further, we are reducing by 50%, the minimum tax rate. So, the minimum tax rate used to be 0.5%, now is reduced to 0.25% for gross turnover for the financial years ending between January 1st, 2020 and December 31st, 2021. So, we have reduced the minimum tax rate by 50%, by half.” Making the point about the exemptions from education tax, the Vice President added that “we have exemption of small companies, with less than 25 million turnovers from payment of the 2 per cent educational tax under the tertiary Education Trust Fund. What we are saying now is that for companies that have a turnover off less than N25 million, they are no longer required to pay that 2 per cent tax for the education tax fund so their tax burden is reduced.”

With regards to the provision for software acquisitions, the Vice President said “when companies acquire software for their company operations, in the past, that was treated as an overhead. Now we are going to treat it as a qualifying expenditure for tax deduction to improve the ease of doing business.”  On government’s efforts to generate jobs and create opportunities for income generation through the Economic Sustainability Plan (ESP), Prof. Osinbajo said “in response, we designed an ambitious N2.3 trillion Economic Sustainability Plan and the focus of that plan is on creating jobs, first by the Mass Agriculture programme where already we have enumerated 5 million farmers and geo-tagged them to their farm lands.  “Also, a Mass Housing programme where we are building 300,000 homes in all States of the Federation using local materials and using small to medium-sized construction companies and using direct labour.

“All of these are locally produced. The whole idea is to generate jobs, generate opportunities and income in every locality that we are functioning in.”

In addition, the Vice President noted that “we also have a solar programme to make 5 million connections across the country. In other words, we are going to be putting 5 million Solar Home Systems across Nigeria that will service in all, about 25 million individuals.” Commending the contributions of the Nigerian diaspora community in the development of the country, the Vice President noted that “our diaspora is one of our most vital resources, a literally endless reservoir for talent, trade, investment, tourism, education, culture and sport opportunities. But perhaps more important is the sheer range of well trained, honed and experienced talents that our diaspora represents. It is that potential not remittances that make our diaspora network an endless source of economic hope and social aspiration,” Prof. Osinbajo said. Acknowledging the efforts of the CEO of the Nigerians in Diaspora Commission (NIDCOM) Abike Dabiri-Erewa, particularly in harnessing the resources and talents of Nigerians abroad, the Vice President said “the diaspora initiatives that we have, and all of your efforts are certainly appreciated and will result to a stronger economy for Nigeria and a better country.” The investment summit is an annual feature of the Nigerians in Diaspora Commission (NIDCOM).